The 30th Hunger Games
"As I take in my surroundings, I notice a muddy-sandy cliff and a frozen waterfall on the far right. The waterfall has a frozen river running to a lake. I can barely make out camp probably the Careers. All over the left side is the pine forest, covered in the snow. In the far beyond is the dark sea." - Phox describing the arena.

The 29th Games were won by the 16 year old Phox Yule from District 10.

That year, Phox stole tesserae rations to become equal with a boy from a poor family who lived in the honey distillery, as he bullied her for her name and resemblance of a Fox. Two of the District Peacekeepers know she will be punished to make it so all the female names won’t be entered and only Phoxes would be. After her name is chosen, the boy she stole the tesserae from volunteers. Phox learns his name is Ixion Skyford and he is a big threat due to his strength.

That year Tule Roxen would mentor her and Ixion gave them great advice and told them what do to depending on the arena they were in. Phox would get final odds of 7-1 and a training score of 8 because of her knife throwing ability. Ixion would receive the odds of 4-1 and a training score of 10. He agreed to join the careers and they considered Phox as well as she scored high, but she decided to ally with the younger tributes.

That year she hates the Prep Team: Claudia, Tiberius and Leonis because they are really rough and strong and they continueouly talk about what they are going to wear during the parade and they even gossip about other Prep Teams. She then meets her stylist Tuya who doesn’t want to use they cow oy and girl costumes but instead Phox wears a White dress with a brown leather shoulder yoke with blonde horse air coming out of it on the sides and a laurel wreath on her head. Ixion wears a toga with a harness and horns coming out either side and also wears a laurel wreath. They are a big hit in the tribute parade.

That year, Gaius Flickerman was the Master of Ceremonies. When he interveiws the Careers (Wonder, Azure, Lukos, Tactia, Kavanagh, and Amazonia) they each made themselves seem likable and they all loved talking about the strength and skills. Amazonia from District 4 was very bubbly and funny which made her one of the favourite tributes. K.W. the girl from District 3 was very liked because of her skilled in electronics and traps which she said would come to her in her advantage as she could make almost anything a bomb. Gaius said that the other Tributes better watch out which got the audience really going. The boy from District 8, Ashler was the youngest tribute at 13 so the audience showed great sympathy for him. He tried to be brave and did quite well. When asked about his greatest weapon he said a bow and arrow but then he started crying and said he would miss his family, his district partner, Cotton and he would even miss Woof. The biggest non-career threat Garnel, from District 9 was very liked as he was acted really full of himself but not enough to make him hated. Mizar gave him the idea to do this but he went a bit over the top. When asked to show his strength and punched the chair and broke it and walked off stage but Gauis meant to show his muscles. When Phox was interviewed she acted very calm and said how she was prepared and was looking forward to getting to throw knives again. Gaius asked if she could show him and the audience and she obliges. To show how skilled she is, she asks for a kukri rather than a proper throwing knife. A target is brought out and she asks Gauis to stand at it. He asks if it's safe and she says of course not and immediately throws the kukri which lands directly above his head. She throws three more and the audience gasp and begins clapping and they even stand up. When Ixion is interviewed he acts shy and quiet in an attempt to be liked. To throw a verbal jab at Phox, he told them about what she did. This makes the audience a bit angry. Out of annoyance, Phox walks down the steps and tells him to stay quiet. She tells them about how he threw rocks at her while she was tied down with his friends. Ixion slaps Phox and she punches him back. They then start brawling and they are then both dragged off stage

The Arena is full of mountains and forests. As the tributes rise onto their pedestals, it starts snowing representing autumn into winter. The lakes and rivers freeze over and the snow builds up and becomes heavier. The snow gradually calms and the ice begins melting created a huge meltwater waterfall the gushes into a pissure which some kills tributes. All the snow melts and the Arena becomes covered in flowers and other plants wthatare highly toxic and attracts hornet mutts. As the games begin to transition into summer, all the plants die and the Arena become sa burning hell. Before autumn comes, Phox wins. 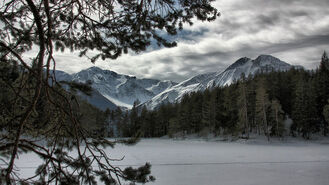 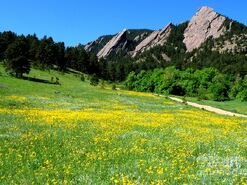 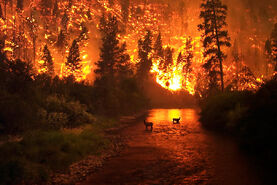 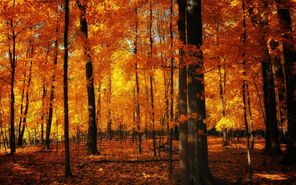 The arena was a snowy mountain. The Cornucopia itself is located on a frozen lake and the only way to get down to mountain was by getting down are natural slides creating by snow and slopes. All the weapons are ranged and include throwing knives and axes, spears, tridents, bows and arrows and blow torches. When the gong rings the tributes from District 7 are first to arrive at the Cornucopia. Phox jumps off her pedestal and hides behind it. Garnel arrives next as the Careers follow behind. Garnel starts the beat up the girl from 7, but the boy throws a small hatchet at his arm and is pulled off her. Garnel grabs supplies and runs. Virgœ runs away from the Bloodbath but Kavanagh impalas him with a trident.

Phox and Ashler set up camp in a cave for the night and see the fallen tributes that died today. The boy from 3, Both from 5 and 6, Girls from 8,9 and 11 and the boy from 12. This is interesting because this year had a surprisingly low amount of dead tributes.

On Day 3, In Spring, the boy from 11 is camping by the frozen pissure but the frozen waterfall melts and he drowns from getting trapped under the ice. He also slits himself with his sickle by accident resulting in a quicker death.

On Day 4 the girl from 7 gets sepperated from her partner and the girl from 12 and runs into Garnel who beats her to death with his Flails. Meanwhile the Careers attack the boy from 7 and the girl from 12. The boy makes it out alive though saverly injured but the girl is hit in the stomach with Lukos’ hammer and gets her rips broken. He chest is also cut so she bleeds to death.

On Day 6, Summer has arrived and the boy from 7 meets Ashler and Phox and decide to extend the alliance. They learn his name is Cedar and is very skilled in the knowledge of Plants. Phox decides they should poison the Careers with the poison plants or set a nest of mutts on them, but they decide the plant idea is better. Cedar and Ashler set up traps while Phox collects the plants and mixes the pollen into water which she brings to the Careers camp while they are out hunting. When they come back, the Careers drink the poison and die. Later that night, Garnel stumbles into a trap which smashes him with rocks. Phox also throws a knife at him which results to his paralysation.

On Day 8 As Summer enters Autumn, the forest burn and kill the girl from 3 and Cedar who was gathering food for Ashler and Phox. The whole forest blows up because the girl from 3 was carrying electric traps and bombs which were triggered by the fire. Just as the fire dies down, Ashler is to afraid of a Gamemaker death and doesn’t want to suffer so he commits suicide by drinking poison, dying peacefully. Phox doesn’t let go of his body and is grief stricken.

In the Capitol, Phox tries Morphling but is stopped by her Prep Team which prevents her from becoming addicted like other Victors. After she won, she fell in love with Leonis Elestren, another Victor. The Capitol made them live in the Capitol since they would be constantly interviewed and asked about their love life. If they did not agree with them, then they would be forced to not live together. This situation is somewhat similar to Peeta and Katniss's in 75 ADD, without the whole "living in the Capitol part," of course. In the Capitol, Phox and Leonis had multiple children there. Phox's family went to live there so they could live a fancy life and to escape poverty. Leonis's family moved there as well since they loved the Capitol, unliked Phox.