Wes Bentley
"At first it was uh... a reminder of the rebellion. Its a price the districts had to pay, but think it has grown from that. I think its uh...something that knits us all together."

-Seneca talking to Caesar in an interview

Seneca Crane was the Head Gamemaker from 71 ADD to 74 ADD. He is one of the most popular characters in the Hunger Games franchise.

After Janus Weaveful was murdered by Levinus and Lavinia Cayhen, Senecar volunteered to be the new Head Gamemaker. From what we know, he was a very well liked Head Gamemaker from this time to 73 ADD.

During this time, when being interviewed by Caesar at the beginning of the Hunger Games movie, he says that from what we can tell, theres going to be an interesting mix of new tributes this year. He also says that that the Hunger Games is something that "knits us all together". Later, he is seen looking at the tributes during training. He pays close attention when he sees Jason and Cato fighting at this time. When its Katniss's turn to go to her private session, he laughs and ignores her when she misses her first shot with the bow and arrow. When she shoots the second time and gets the dummy hit, he doesn't notice since he's ignoring her. However, when she shots an apple near his head, it gets his attention, and he gives her an 11.

Later in the movie, when he was talking to Coriolanus Snow, the president didn't like his choice of giving her an 11. What Crane saw as courage Snow interpreted as defiance, and he cautioned Crane that such actions could inspire hope - the only thing stronger than fear - and must be contained. As Katniss' popularity increased over the course of the games, so did her influence, and a salute to the people of District 11 caused them to break out in rioting. Crane met with Haymitch Abernathy for advice, and to convey President Snow's need to keep Katniss (and the districts) in line: This led to the initial rule change that allowed two victors, though Snow expressed his opposition to such indulgence.

At the end of the Games, he allowed both Katniss Everdeen and Peeta Mellark to emerge as victors, rather than allow them to commit suicide and thus have no victor at all. Unfortunately, this decision did not play well with President Snow, and Crane was dead by the time of Katniss and Peeta's Victory Tour six months later.

Katniss heard of Seneca's fate when she had a conversation with Snow at District 12. When Katniss finds out that Plutarch Heavensbee volunteered to be the new Head Gamemaker, he explained why he was killed. When Peeta paints a picture of Rue during his private session, Katniss decides to label a dummy as Seneca, and he hung him, showing her hate for him. For this, she and Peeta earned a 12, the highest score you could get, but that might have been so, so the other tributes would take heed of this and target them. After Katniss tells Effie Trinket, Haymitch, and Peeta about what she had done, Effie asks her on how she knew that. In response to her question, Katniss said that President Snow acted that it wasn't a secret, and he felt like he was eager to let her know about the hole incident. 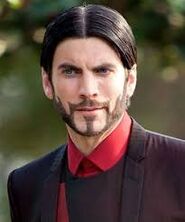 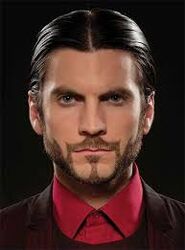