Brown
Sam Tan was the male tribute from District 8 that participated in the 74th Hunger Games.

In the parade, he was wearing teal and pink costumes with cross patterns and hats with present bows that represented textiles.

He stood behind Peeta Mellark while Atala was explaining the training rules. He is then seen using a spear while the Jason Moio and Jeremy Marinas practice combat. He was shown struggling to climb the rope course, and he fell and hurt his leg. Due to his wound, he was forced to wear a leg cast for the rest of his time in the arena.

Sam was killed in the initial Cornucopia bloodbath. Like most of the tributes, he ran for supplies. He fights the District 10 Male for one but loses the battle. Later, he confronts Marvel Sanford, who slits his throat and repeatedly stabs him to death with a kukri, killing him. He placed 23rd out of 24.

After his death, he had his DNA mixed with a wolf to form a muttation which had similar characteristics to him. It is unknown if his mutt survived the fight at the Cornucopia.

During Katniss Everdeen and Peeta Mellark's Victory Tour, his portrait was seen, since he was one of the fallen tributes that year. The only family member standing with his picture was possibly his father or a male sibling. 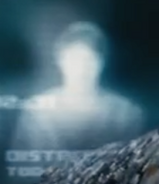