Brown
"A boy, I think from District 9, reaches the pack at the same time I do and for a brief time, we grapple for it and back and then he coughs, splattering my face with blood. I stagger back, repulsed by the warm, sticky spray. Then the boy slips to the ground. That's when I see the knife in his back."

-Katniss Everdeen talking about him in "The Hunger Games,"

Rye Yepez-Frias participates in The 74th Hunger Games, but to be only killed on the first day. He was mentored by Daniel Bernhardt. In the book, he is said to have ashen white hair and is also said to be bigger than Katniss, as she said that all of the male tributes were taller than her this year.

In the film, he is seen on the chariots with Demetria Thurman in the Tribute Parade. The two are wearing an outfit that could resemble a silo, which could be the reason why they wore the outfit in the first place.

During the bloodbath, he and Katniss fight over a bag. While this happens, Imanol spits out blood on Katniss's face and collapses on the ground, since a knife has thrown at his back by Clove, making him the first one out of 24 to die, placing him 24th out of 24. In the film version, he is about to kill Katniss with an ax but is stopped when Clove throws a knife at his back, making him collapse on the ground, making him place 24th once again in the movies. His DNA is mixed with the mutt in the final battle, so it has ashen hair. Katniss spot this mutt, but we don't know if it died or not. 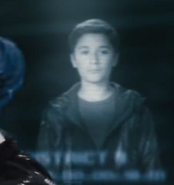 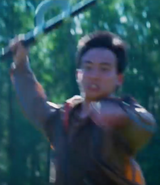