Amandla Stenberg
"'I'm very hard to catch,' she says in a tremulous voice. 'And if they can't catch me, they can't kill me. So don't count me out.'"

Rue was the 12-year-old female tribute from District 11 who was selected to participate in The 74th Hunger Games. She is described as being small and easily underestimated by other tributes.

During the reaping, it is said in Catching Fire that nobody volunteered when she was picked.

During her parade, she was dressed as a power plant worker, along with her partner, Thresh.

During training, she was seen spying on Katniss and Peeta. She also stealthily takes a knife from Cato, causing him to believe that the District 6 Male took it, even though he didn't. This caused the two to get in an argument, and they almost got into a physical fight too. Thankfully, before this could happen, a couple of guards took care of them. She receives a 7 for her score.

During her interview, she talked to Caesar about how fast she was, saying that nobody could catch her.

During the bloodbath, she ran away into the woods, along with some other tributes who were smart enough to do the same.

Rue had formed an alliance with Katniss after warning her about a nest of Tracker-Jackers. Rue decided to trust Katniss partly because of the pin she wore over her heart, the famous Mockingjay pin.

Rue created a diversion so that Katniss could blow up the Career's supplies. Rue made three fires (the first two she had help from Katniss to build). When Rue set fire to the first fire, the Careers bolted to the fire when they saw the smoke. They left Jeremy Marinas at their camp to keep watch (in the book, he comes with them), but hears Foxface, after she steals some of the supplies and goes to investigate.

The Careers were on their way back (after Rue lights the second fire) when Katniss blew the supplies.

Katniss avenges Rue when Marvel kills her with the throw of a spear. As a memorial of Rue's death, Katniss covered her in flowers and sang to her until she died, indicating to the Capitol that Rue was not just a piece in their games.

During this time, she encounters Rue's family. Katniss and Peeta promise their family that they will donate one month of their winnings every year. Also, during training, she was seen as a painting by Peeta. This angered Katniss so much, so she made a dummy of Seneca Crane and hung him. She received a score of 12 for this. 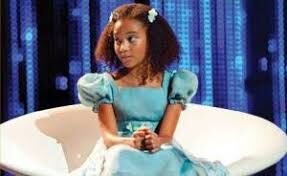 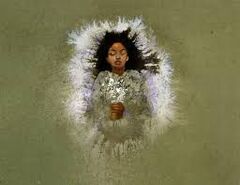 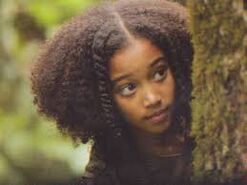