Justin Hix
"I can't pretend I knew any of them well... Even the thought of the glazed-eyed morphing painting my cheeks with yellow flowers gives me a pang."

He is on of the victors of District 6. He won The 56th Hunger Games at the age of 16. He also participated in The 75th Hunger Games as a tribute again. He became a morphing addict after the Games to forget the tragic memories of the Games.He became very popular for this in the Capitol for this.

It is said in Catching Fire that he had yellow skin from the morphing, and huge, glazed eyes. Before he got involved in any of the Games, he used to paint cars.

During this year, he was mentored by Ivo Lockhearst, another victor from the same district. He gave Justin the idea of camouflage. Justin used this technique during the Games. His odds of winning were 12 - 1. During the tribute parade, it's mentioned that he was naked and drenched in a black substance that was supposed to be oil. Because of this, he didn't received any sponsors this year. He also hid until everyone was dead, crowning him the victor. These Games were very aggressive, as he wanted to forget about the Games entirely.

During this year, he mentored both of the District 6 tributes. However, they both died sometime after the first day. When Maika Sheert was offered by Publius Escenzal to hang out with him in the Capitol, the offer is rejected since Maika thinks he's a freak for being such a morphing addict.

During his reaping, he wasn't seen to happy about getting picked. Ivo and Tressa probably didn't volunteer for him since they were too old and out of shape, even though the morphings were getting to be the tributes again. Haymitch also says that he poses no real threat in the arena, as he states how he won his Games. During training, Peeta Mellark visited the camo station, and said that Justin and Megan were glued to that station, decorating each other with pink paint. Later, Katniss Everdeen hands out with them there at the training station and they paint her depicting yellow flowers.

During his 15 minutes to show the sponsors and the Gammakers his abilities, he made a mess over at the station where you could use camouflage, by using berries. When the Games began, he placed 20th out of 24 and got killed by Jackson Spidell. He arrived at the cornucopia the same time as Ivette did.Later that night, Katniss sees his death image project in the sky. He was a part of the plan to save Katniss and Peeta in the Games.

This year he was mentored by Tressa Spectral.

When District 13 broke in the Capitol to save the remaining victors held hostage, his name was seen on a black pillar, along with his other victors from 6. 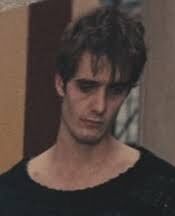 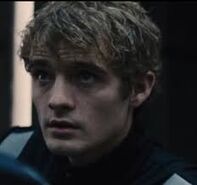 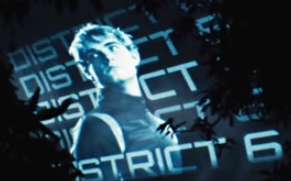