16 (when he mentored Cashmere)

Alan Ritchson
Gloss Nicholo/Gloss Ritchenson is one of the victors of District 1. He won The 63rd Hunger Games at age of 15. He is commonly known with his sister as, "The brother and sister", since he and his sister won a Hunger Games. It has been documented more than one time of years the he mentored tributes.

He truly understood the Games, as he knew that you don't have to be a skilled fighter to win, only you just need to be a very well liked tribute.He was reaped for the 3rd Quarter Quell, but died on day 2. He is one of the Capitol's favorite victors.

Its known that he allied with the other careers, but he didn't volunteer. He was the youngest career of the pack. He acted tough, even though he was very scared to be in the arena. He faked this pretty well, acting strong and tough, and killing a fair amount of tributes in his respective Games. Also, it is known that his odds of winning were 5 - 1.

Katniss mentioned in The Hunger Games that she remembered a Game from when she was younger where the tributes were tossed into a landscape filled with sand, boulders and scruffy bushes. Many of the tributes were either bitten by poisonous snakes, or went insane from thirst. Gloss was mentored by Velorum Lathmore that year.

Gloss mentors her own sister into becoming a victor as well. Also, he had a relationship at this time with a girl named Shell Freeman.

Gloss mentored both tributes this year, but knew they didn't win, since they weren't really the most liked in the Capitol, meaning that the Gamemakers would'nt be merciful to them win the arena, and also not giving them sponsors.

During the 66th Games, he mentored the boy from 1. However, he dies sometime during the Games.

During this time, he mentored both tributes. Katniss mentioned that whoever mentored them did a good job. Both tributes made it very far, but they died anyways, with the male being killed by Katniss.

In the Games, Katniss remembers him winning the Games when she was little. She describes him as being, "polite but cool". He is mentored by Gaius Flamsteed and Grey Fretta. He is seen during training throwing knifes with his sister. During his private session, he obtained a high training score. Also, he was very charming to the crowd during his interview. Haymitch mentions that he is one of the Capitol's favorite victors. During the countdown, he stood next to her own sister, probably because the Capitol wanted the brother and sister to be together. He also stood next to Enobaria. During the start of the Games, he is seen running to the cornucopia, but falls down while running. Katniss then shoots an arrow at his ankle, making him fall in the water. While Beetee was taking a coil of wire, he slashed him from the shoulder to under his ribs. On day two, he sabotaged Katniss's alliance, killing Wiress but stabbing her in the neck. Katniss's fast reflexes let her shoot Gloss in the chest with an arrow right after Wiress was stabbed, killing him. His death rang great sorrow to his wife.

When District 13 broke in the Capitol to save the remaining victors held hostage, his name was seen on a black pillar, along with his other victors from 1. 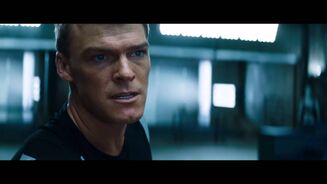 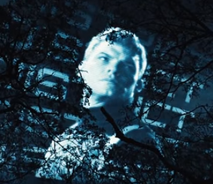