Brown
Dakota Hood was the female from District 10 that competed in the 74th Hunger Games. She was mentored by Tiffany Waxler.

In the movie, she is seen first in the Tribute Parade, riding on the chariots wearing golden cowboy hats, shirts, and pants, representing people who herd livestock, since she was obviously from District 10, trying to represent her home.

During the Cornucopia Bloodbath, she ran for supplies like most of the tributes that year. She nearly survived the entire bloodbath, but she was spotted by Clove Kentwell and was swiftly killed. She was the last person to die in the bloodbath. Her death portrait was the last one seen by Katniss Everdeen. 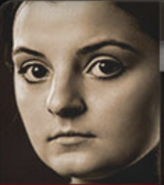 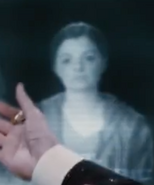