Stephanie Leigh Schlund
Cashmere Nicholo is the sister of Gloss Nicholo. She is one of the victors of District 1, winning The 64th Hunger Games at age 15. She also participated in the 3rd Quarter Quell, but died on day 2, right after her brother did. Since she and her mother won a hunger games, when it comes to distancing the victors, they're known as, "the brother and sister". She is one of the Capitol's favorites when it comes to the pool of victors.

Cashmere volunteered at the age of 15 so she could become a victor just her brother did. Her odds of winning her 4 - 1.

The arena was a creepy spider-forest with vampire-like mutts, tarantula's and wolves. During the bloodbath, she killed 5 tributes. However, her district partner was killed on that day. She made an alliance with the district 2 male and found the boy from 6 who did it. She killed him in an agonizing way. The boy from 6 also made an alliance, so they her alliance killed theirs. On the last day, when there was only a tribute from 9 left, she assassinated him, giving her the victory. It is also said that she had great skill with a knife, according to Capitol Couture. Its also reveled that she was very skilled with a throwing knife during her respective Games.

Unlike her brother, she wasn't scared to be in the Games, since she volunteered. Her mentor at this time was her brother. Also, this is the year that Gloss fell into a relationship with Shell Freeman.

Although not being the mentor for this year, it is known at that point that she was being used as prostitution from Coriolanus Snow. It is also said that she is there in the victory tour.

During this time, she and her brother were picked. Its unknown if they volunteered or not, but its likely, as there are many victors from District 1, so the chances of her and her brother being picked would be a very big coincidence. She is seen during training with her brother throwing knifes. She is described to be, "polite but cool". During her interview, Katniss seems to speculate that her crying on stage was just fake. If this is true, then she wouldn't have been voulenteering, as she just wants the crowd to feel sympathy for her so she wont have to be in the Games. During her private session, it is known that she got a very high score, which is a typical thing that careers get. During the countdown to the Games, she was seen right next to Katniss and Gloss on her pedestal. This is weird since in the book, Woof was supposed to stand there, but it was probably just a careless mistake they made while making the movie, since it didn't really matter. When the Games begin, she fights with Ivette, throwing a knife at her, but she escaped anyways, but left with a knife thrown at her shoulder by Cashmere. She then kills Daniel in the bloodbath. On day two, she tries to attack Katniss's alliance, but Johanna throws an axe at her chest, killing her. Her body can be seen thrown off by the spinning cornucopia, which is the last sight of her in the movies.

During this time, she is mentored by Grey Fretta and Gaius Flamsteed.

When District 13 broke in the Capitol to save the remaining victors held hostage, her name was seen on a black pillar, along with her other victors from 1. 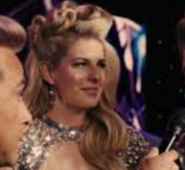 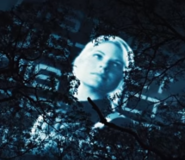