Jeffrey Wright
"Beetee is probably about a million times smarter than the rest of us."

-Beetee being talked about by Katniss in Catching Fire

Beetee Latier is a victor from District 3. He won The 39th Hunger Games at age 17. He also participated in The 75th Hunger Games and left alive, being rescued by District 13. He is one of the brightest minds in all of Panem.

Not much is known about the pre-games except that most people wanted Beetee as an ally but he stayed alone. Also, his odds of winning were 13-1.

Getting electronic supplies from the cornucopia during the bloodbath, he choked a girl to death with wire that he got there. In the Bloodbath, only ten people died (11 being the norm) including Beetee's district partner and the District 1 female, placing 15th and 18th.

He also made a trap that electrocuted the 6 remaining tributes at once, leaving him the only tribute, crowning him the victor that year.

this year, he was one of the mentors. He is described as being weird, having brown hair and glasses.

During these times, he mentored victor Yohan Fairbain into victory. Since he is the smartest victor, he gave her some very valuable advice on how to hunt, fight, find food, make traps, etc. Because of this, it wasn't as hard for Yohan to win her Games, thanks to Beetee.

Beetee was the tribute for the upcoming Games this year. During the tribute parade, he wore an electric bulb studded outfit. Katniss makes friends with him in the training center, and helps him how to make a fire. During his interview, he talks to Caesar and questions the legality of the Quell in his nervous, twitchy way and wondered if it'd been fully looked at by experts. During the start of the Games, he gets injured by one of the tributes in the cornucopia trying to get supplies by getting a knife sashed across him from the shoulder to under the ribs by Gloss. Beetee got wire, meant just for him so he could enter the bloodbath, and he also got a knife. He stays with Blight, Wiress, and Johanna for a bit until Blight gets killed. The group runs into Katniss's alliance, and they team up. However, his district partner gets killed by the careers that have sabotaged them. He then explained made an idea to kill off the remaining careers using the wire, and he sent out both Johanna and Katniss to run the wire through the jungle while Finnick and Beetee readied the fake tree andgot ready to decimate the arena. Beetee was wounded by Enobaria, but was chased off by Finnick, while Katniss helped Beetee. However, he ran into a forcefield that would out him in a wheelchair later. Then, District 13 rescued him, Katniss, and Finnick.

He was mentored by Honorius that year. As expected, he was told to protect Katniss and Peeta at this time by Haymitch.

When Beetee recovered, though still in a wheelchair, he started working for the rebels by making new and improved weapons for the military and a new bow and arrow for Katniss to use as the Mockingjay. When Katniss and Gale went to the meadowbuilt underground, Beetee was studying and observing hummingbirds and asked Katniss if she could shoot one down. Beetee then took both of them into the special military weapons room where he showed them the weapons he made for the rebels. Beetee allowed Gale to pick a weapon and he chose a bow and arrow. Beetee made Katniss a new bow explaining that President Coin wanted a weapon that was unique to Katniss, and that matched her Mockingjay outfit. Beetee did so, but improved upon that thought by making the bow interact biomechanically especially with Katniss. He also made a new and improved trident for the hopes that Finnick could use it. Beetee then continued to make weapons and hack into the Capitol's broadcasts to air the Rebels' propa spots. Beetee had Haymitch arrange to have Katniss shoot a propoganda shoot so they could use it as a distraction during the rescue mission to free the victors being held in the Capitol.

When Katniss visited Beetee and Gale, she was confused and shocked to find that they were making weapons that could hurt innocent people in the process. Gale replied that they were playing by the same rule book that President Snow had used.

Beetee and Gale went to the Nut in District 2 to help the Rebels and met Lyme. The rebels tried to come up with an idea to destroy the, "Nut," which would give them control of District 2. Gale suggested the idea that they blow up the inside of the "Nut," which upset Katniss since it would kill the innocent as well as the District 2 Peacekeepers. Beetee supported the plan, calling it "brilliant," which only upset Katniss even more.

During the final stages of battle, a bomb Beetee and Gale presumeably made, killed Capitol children and Rebel medics, which included Prim, who perished in Katniss' arms after the bombs exploded the second time.

After the Rebels' victory, President Coin gathered the seven remaining victors and asked if they should have one final Hunger Games with children of the most powerful citizens in the Capitol. Johanna, Enobaria, Haymitch, and Katniss voted yes, while Peeta, Annie, and Beetee voted no. It is assumed that Beetee eventually returned home to District 3, but it isn't confirmed yet.

When District 13 was braking in to same the victors held captive in the Capitol, his name was seen in a black pillar, showing the victors from District 3.

Beetee hijacked the Capitol's broadcast to tell the people that Katniss, the symbol of the rebellion, was still living. 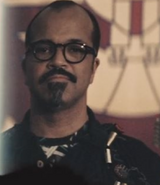 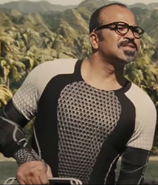 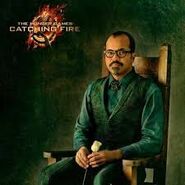