in BTS of Catching Fire, she Katniss and Finnick were on their way to get Peeta, they run into Daniel. The two males fight in close combat, with Finnick fighting with his trident and Daniel fights with a machete or a sword. Daniel dodges Finnick's swoops but is kicked in the water.

thanks, ill have a mutt that livesinside the cave and there'll be a big fight scene.

So who are you doing next?

im not sure yet. If I can beat you to it, I might make Alto's, but don't count on it. Im really taking consideration in doing James Logan's story if thats okay.

I really want to do Alto, you can do anyone else. I'll check for map for James' arena.

found anything by any chance?

This is a little different, but the sea can be a lake. Just saying just is based of Irish myths so there should be two giants, one Irish one Scottish, fighting at the causeway 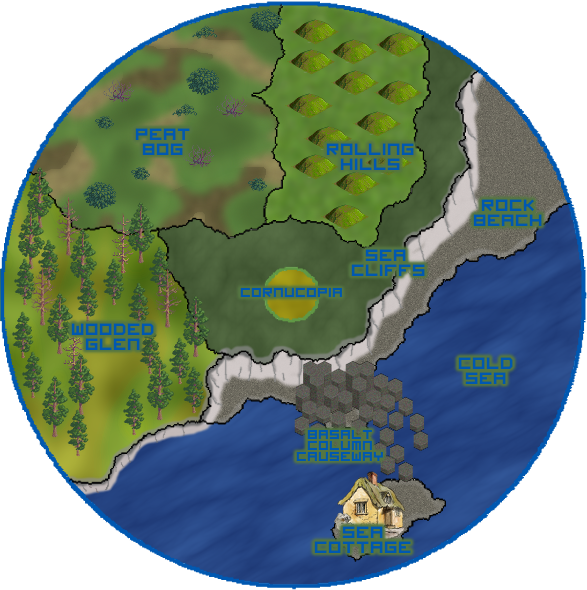 I have an idea. I'll put in "Sometimes his last name is "Ogilby" to some." Hows that?

What do you think?