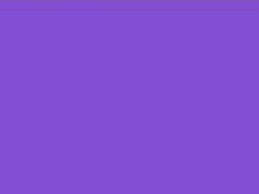 So, I caught up with that whole drama (holy Beebo it took a long while) but now I am here and it feels fresh. Just wanted to thank Dev for creating this. This FANDOM has become a lot better and a lot more serious in lore since he came and I really appreciate that. Before him it was all crazy.

Should I write I fanfic? (If yes wins comment below on what)
Yes
No

I apparently can’t edit my poll but I am aware of the typo, sorry!

well, thats okay. I voted yes. I know you want categories but I made some of the pages a page so I could categorize them that way. it was before I knew how to use category pages btw, so if I do it now it'll take a shit ton of work

you should write a fanfic on Soren Galloway. If you wanna know about her, don't worry. All of the victors have pages here

heres what I've been working on for when Magnus is mentoring the tributes in the 27th Games, "When I wake up, I take the fattest shit that rattled the earth so bad I probably destroyed one of the districts.

"Magnus?", Invidia says, "Did you eat beans and spinach again?"

"You bet ya!" I say. I don't know why, but I just feel so happy today, which is why I went the extra mile and ate some of the best foods to make you shit out all of your insides. I think its because its the interview today (as mentioned earlier) I really am exited to see what my tribute have to say. It'll also help me know some of the other careers better.

After about 30-40 mins of constant shitting in the shitter, I decide to not wipe and flush the poo poo down in the toilet. But theres one problem. I can't get off the toilet. When I flush the toilet, it clogs up and hits me with waves upon waves of just poop. Now let me just say that this toilet was FILLED with shit. So when it came up, I was preparing for reentry.

Out of nowhere, I wake up. Thank fuck it was a nightmare. My alarm didn't wake me up, but it was because Invidia was tapping and telling me to wake up.

"Yeah , yeah" I say. I see the kids are watching some Hunger Games on the TV.

"Oh my God! No way!", Kate shouts. I see her looking at the part where Honorius plants 3 mines at the camp of the careers while they were sleeping, and a tiny lizard crawls on it. It might've been a mutt. Out of nowhere, it explodes, killing all of the remaining 3 careers. Nice move. Glad that wasn't me. I let them be since we don't have another 5 hours until we have to go. No wonder Invidia was trying to wake me up, I was sleeping till 3 pm!

I try to doze off again, but Invidia catches me again. Might as well be awake. I check the news in my room and see Didius and Gaius talking live about the interview. They're all too exited for this moment, but what can I say, I am too.

"This is a VERY important moment, and that can't be overstated!" Didius says. I think he over-exaggerate that, since most of the people Gaius will interview will be dead anyways. When you think of it that way, it sounds stupid, but it really brings out the personalities of these tributes, and its one of the chances they can get for sponsors. You can do this in 1 way, which is being funny, vicious, or pretty much anything the crowd likes. My tributes better be getting sponsor, or they'll probably not make it for far. Well, I can't talk, because I got no sponsor and I was fine.

Hours later, when my tributes are ready, me, Invidia, the tributes, and the stylists (who were the same from last year) hop on a train to the Capitol. It doesn't take that much time, since we are very close to the area, so it take only about 3 mins to get there. Once we are there, my tributes are forced to with the other kids in a single file line, so they can get interviewed. I can already hear Gaius giggle with excitement.

I go in another room with everybody except for the tributes and the stylists (since they're out there of course, either in the spotlight or the crowd) to watch the interview.

"Ladie and gentlemen, lets give a warm welcome to out first tribute tonight, Clarisse Donald!" Gaius says. A girl, about my height, walks up to the stage with a huge smile ending from cheek to cheek. It looks a bit creepy to be honest. "So, Clarisse, how do you feel about being in the Games. After all, you did volunteer."

"Well, I feel very confident and exited that I'll win the Games. I really want to bring pride to my district and bathe myself in riches. Its been my dream!" She exclaims. The crowd applauds. I can tell that Gaius likes that answer.

"Second question," he says, "On a scale of 1-10, how would you rate your tribute outfit costume?" Gaius says.

"An eleven!" the girl exclaims. The crowd applauds again. I find her ridiculous but I can tell that she's only acting like that so she can get sponsors. Nice move, since everybody buying her act. Gaius laughs from her answer. After a bit, the timer goes off, and she is sent off, so that her district partner can be sent to the stage. Im eager to see this guy.

"Now, lets give a round of applause for the male tribute from District 1, Cliff Jones!" says Gaius. The guy walks on the stage in a way that makes him look like a douchebag. "

I think it looks good! Just one question, what’s with all the poop stuff?

CHAGNUS MASE YOUR BACK!! Welcome!

I barley remembered you

What do you think?